Color, the known and unknown

When studying the CSS framework Bluma, I found that it use a very smart way to determine the text color based on the bg color, utiliizing the color luminance to decide to use black text or white text, which is interesting and I found some interesting facts to note it down.

Steven Bradley wrote an great article about color luminance, and here are some details:

From WCAG’s Definition, the relative luminance is:

the relative brightness of any point in a colorspace, normalized to 0 for darkest black and 1 for lightest white.

Bluma strictly implements the spec above by having such Sass function:

Another similar implementation is documented here

Contrast as in the distance of luminance between two colors

Color decisions need to consider luminance / contrast because it is key to usability.
HSL Color Picker

This video blows my mind

Notice 3:50 – that is crazy. Remember that our eyes could be cheated.

The RGB color model is an addictive color model in which red, green and blue light are added together in various ways to reproduce a broad array of colors.
…
The RGB color model is addictive in the sense that the three light beams are added together, and their light spectra add, wavelength by wavelength, to make the final color’s spectrum. This is essentially opposite to the subtractive color model that applies to paints, inks, dyes and other substances whose colors depends on reflecting the light under which we see them.
…

The choice of primary colors (red, green, blue) is related to the physiology of the human eye; good primaries are stimuli that maximize the difference between the responses of the cone cells of the human retina to light of different wavelengths, and that thereby make a large color triangle.
…
The difference in the signals received from the three kinds allows the brain to differentiate a wide gamut of different colors.

The color triangle represents the range of colors which could be reproduced by additive mixing of non-negative amounts of three primary colors.

The International Commission on Illumination (usually abbreviated CIE for its French name) is th body responsible for publishing all of the well-known standard illuminants.

There are many standards like Illuminant A, B, C … The most common used one is called Illuminant D, which:

… represents phases of daylight, … the D series of illuminants are constructed to represent natural daylight. They are difficult to produce artificially, but are easy to characterized mathematically.

A white point is a set of tristimulus values (a set of values of 3 primary colors) or chromaticity coordinates that serve to define the color “white” in image capture, encoding, or reproduction. Depending on the application, different definitions of white are needed to give acceptable results.

The CMYK color model (process color, four color) is a subtractive color model, used in color printing, and is also used to describe the printing process itself. 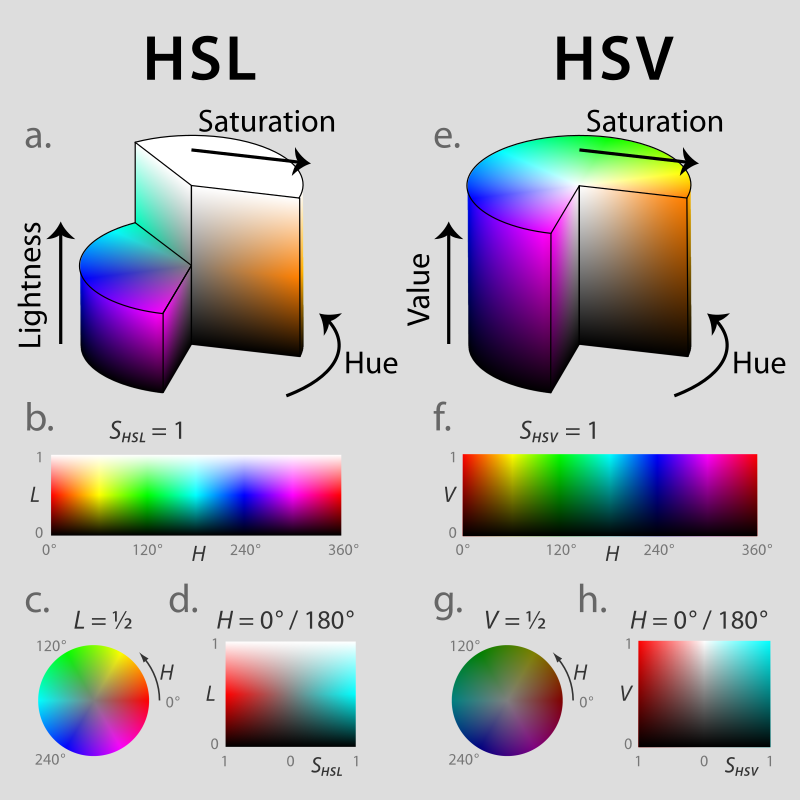 An JS implementation based on the spec:

… there is no substantive evidence that support a universal system of color meaning. It’s not that colors themselves have specific meaning, but rather that we have culturally assigned meanings to them.

… it’s important to understand who your target audience is and how your audience attaches meaning to color.